Let me state upfront that my opinions about fashion should absolutely under no circumstances be taken seriously. 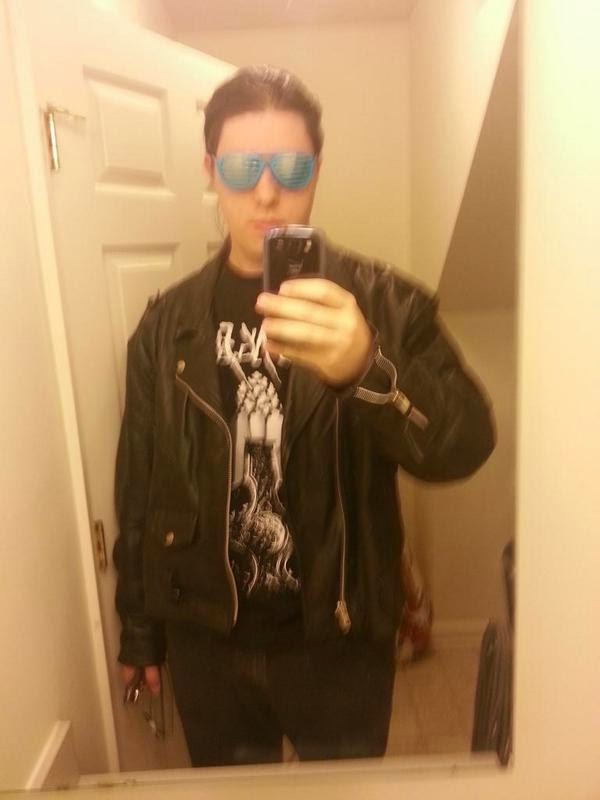 Let me reiterate. Never listen to my opinions about fashion.

Also, after reading the article I’m responding to, I called it “disastrous” in a tweet. That was quite rude, and incorrect, despite my misgivings. The offending tweet has been deleted.

WE NOW RETURN TO OUR REGULARLY SCHEDULED PROGRAMMING:

This Paste article by Gita Jackson is a good look at how videogame character designers often prove themselves to be completely clueless by making clothes for women characters that, in Jackson’s words, make them look like “a 12-year old who got lost in a costume shop.”

Yuna’s . . . extravagant redesign in Final Fantasy X-2 is a primary example of this. I really don’t know exactly how to explain why it’s so bad, and frankly, I’m not gonna rip on how much skin is showing because that would both oversimplify the issue and be ignoring what’s actually wrong with it.

Nevertheless, when one compares OG Yuna to new-school Yuna side-by-side, it becomes pretty apparent which design is superior and why: X Yuna’s design matches the character. It’s a religious garb for a religious journey and it looks good on her. Say what we might about problems related to Yuna’s relentlessly modest femininity and how one might react to that being changed, it simply does not make sense for her to go from one outfit to the other, or at the very least, the work is never done in the narrative to show such a change in character that would justify it. Playing X-2, Yuna’s basic personality is largely similar to what it was in X, so the change not just to this radical new outfit, but a whole set of radical new outfits, doesn’t really work.

So basically, I agree with Jackson here that the outfit is ridiculous and I agree with most of her main points throughout the article, but then she writes this:

X-2 is woman centric, and about a woman’s journey, with Yuna rightfully taking her place as the central character.

This I fundamentally disagree with, and I think we can glean some insight on the character designs in X-2 by deconstructing the game's feminine facade to reveal (what I interpret to be) it's male focus.

A Man as A Cyst

Let’s hop back to Final Fantasy X for a second. I could spend hours doing this (and perhaps in the future I will,) but to keep it short I think if I told you the entire story of the game and it’s characters without telling you about everything that happens before Tidus meets Yuna, you would insist that Yuna is the main character. Then I’d have to tell you “No, sorry, there’s some stuff I left out about this twit of an athlete named Tidus who won’t keep his dumb mouth shut.”

This is not a controversial statement. FFX is about Yuna, but for some inexplicable reason, grafted onto the game like the pumpkin on Sora’s face for his Halloween Town costume in Kingdom Hearts, is Tidus. Talk about bad fashion. Way to ruin a fun costume by over accessorizing with a pumpkin eye patch.

Leigh Alexander goes into this pretty well in this Gamasutra article (which I have serious problems with, but again, another day), but if I can field a guess here, I’d say Kitase, Nomura, Nojima and crew started with a story about a man as was their default mode of operation, then found out too late if it all that their focus had moved far away from him and didn’t re-orient the game’s perspective to correct. Frankly, I’m being generous here, it wouldn’t be that absurd to say they wrote a game about a woman and then Square’s marketing department said “BUT DUDES YO,” considering that they also pulled “BUT EFFEMINATE TEENS YO” on Final Fantasy XII, significantly harming that game’s narrative focus as well (and I say that as a devout fan of games about effeminate teens.)

So FFX is a game that should be about a woman, but insistently focuses on a man.

I’d contend that FFX-2 is basically the same.

Women as Bait, Men as Reward

Tidus dies at the end of Final Fantasy X. Or he disappears? Technically, according to the game’s logic, he doesn’t really “exist” at all per se but, look, he ends up gone. For Yuna especially, this is sad. They were making a romantic connection near the end there.

FFX-2 is supposed to take place two years after the end of FFX, and a depressing amount of it’s plot centers around how “Tidus might still be out there.”In fact, he is, and the reward for completing the game 100% is a resurrection that was about as nonsensical as his death and his existence. This is boneheaded on several levels.

This is the pitfall of a significant amount of content targeted towards women created by men, that they feel so uncomfortable attempting to relate a woman’s experience that they eventually have to find a way to wrap the narrative back around to men.

FFX-2 doubles down on this in particular by making Tidus a pseudo-reincarnation of a historical figure from Zanarkand’s past, some dude named Shuyin, making the game largely about exploring this character’s history, rather than Yuna’s own. At every turn, FFX-2 refuses to actually be about Yuna. Compare and contrast Yuna to, for example, Squall or Cloud or Zidane. In their games we get to see little bits of those characters entire lives and piece together the puzzle of their persona by observing psychologically affecting moments from different periods. Not once in the FFX-2 do we see any events that might have developed Yuna’s character in the two years between FFX and the present, and even in FFX, those moments of backstory centered around her father, not her (or her unnamed mother.)

The game doubles down on it’s non-focus on women especially hard by putting her, Rikku, and Payne into situations that are shamelessly designed to titillate players, who I would guess that Square assumed were mostly straight men. I could be kind and say that these moments are also alluring for queer women but I seriously doubt that Square is actively thinking of them when it puts the main characters in bikinis in a hot spring and things gets weird. I’m sorry, I don’t buy it. X-2 actively regresses from X’s portrayal of women with scenes like this.

So in other words: the game has you play as a woman, but distracts you from that woman and her life by constantly talking about this male character who’s basically the same cyst of a male character from the last game, and then it tithes over it’s presumably male players by putting in a bunch of suggestive pseudo-lesbianism that goes absolutely nowhere from a narrative perspective, existing purely to titillate, rewarding patient play with more ways to dress up the characters (presumably hitting the Refresh button on the hetero male sexual imagination) and then resurrecting the utterly useless male main character from Final Fantasy X. Frankly, I can think of few other games that actually pander that hard to a male audience.

Given all that, it isn’t even remotely surprising to me that Nomura didn’t know how to execute on Yuna’s redesign. However good a character Yuna may actually be, FFX already proved that Square had no interest in altering their masculinity-centered narratives to accommodate this far more interesting woman, and FFX-2 doubles down on it in the worst possible ways, and so it makes quite a lot of sense, to me at least, that Square seemed to have no interest in figuring out what a woman might want to wear.

Thanks for listening, I hope none of this comes off as dismissive of what is otherwise a fun and smart article.

Posted by Haptic Feedback at 8:52 PM

Haptic Feedback
Seattle, Washington, United States
I am a lifelong lover of videogames and wish to extol their often unseen virtues. Maryland will always be home. Thanks for reading. Talk to me! @AustinCHowe on Twitter